European Heritage Label was established by way of the Decision No. 1194/2011/U of the European Parliament and of the Council in 2011. The aim of the Label is to reinforce the sense of belonging to the European Union among European citizens based on shared values, elements of European history and cultural heritage, and promotion of this idea, especially among the young generation. Until 2016, twenty-nine European sites were honoured with the Label. They included, for example, the Imperial Palace in Vienna or Cluny Abbey.

World War I Eastern Front Cemetery No. 123 Łużna-Pustki was among nine sites distinguished by the European Commission with the European Heritage Label by way of decision of 2 February 2016.

The official ceremony of awarding the European Heritage Label for the cemetery in Łużna was held in Brussels on 12-15 April 2016. The Label was received by Józef Pilch, Małopolska Province Governor, and Kazimierz Krok, Administrator of Łużna Municipality. 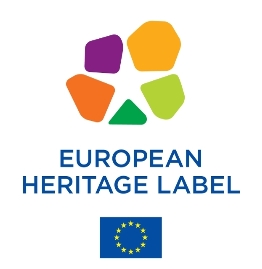 Other sites in Poland, apart from the Łużna cemetery, to have received this distinction include the Constitution of May 3, 1791, the Gdańsk Shipyard and historic monuments in Lublin associated with the idea of the Union of Lublin.

European Heritage Label is supposed to emphasise the symbolic value of sites that played a significant role in the European history and culture or to build the ideological area of the European Union and give it the proper rank. The main objective is to distinguish heritage sites which stress and symbolise integration, ideals and history of Europe. The programme is to become a Community project that will strengthen cooperation between the European Union, its member states, national institutions and the Council of Europe as well as cooperation between the private and public sectors, and non-governmental organisations.

The Pustki Hill – From the Battlefield to the Cemetery

On 2 May 1915, after several hours of artillery attack, the Austro-Hungarian troops of the 12th Krakow Infantry Division started to assault Russian positions on the Pustki Hill. The first trenches were quickly captured, meeting almost no resistance at all. Subsequent lines of trenches in the part of the hill covered by woods were taken over after bloody struggle with bayonets which brought huge losses to both parts.

After the Russian troops were ousted from West Galicia, Austro-Hungarian military authorities had to put battlefields in order, conduct an inventory of graves and identify the buried bodies. Works were carried out based on the idea that dignified resting place should be prepared not only for their own army and allied troops but also dead enemy soldiers.

At the central level, the task was the responsibility of the Department of War Graves specially established for this purpose with the Ministry of War. The Branch of War Graves with the Imperial and Royal Military Command was responsible for cleaning battlefields and establishing war cemeteries in the areas of the former West Galicia (today's Małopolska Province and part of Podkarpackie Province). Distinguished architects, sculptors and painters of different nationalities worked on the arrangement of designed cemeteries: Hans Mayr, Gustaw Ludwig, and Heinrich Scholz from Austria, Hermann Hosaeus from Germany, Dušan Jurkovič from Slovakia, Adolf Kašpar from the Czech Republic, Jan Szczepkowski and Alfons Karpiński from Poland. 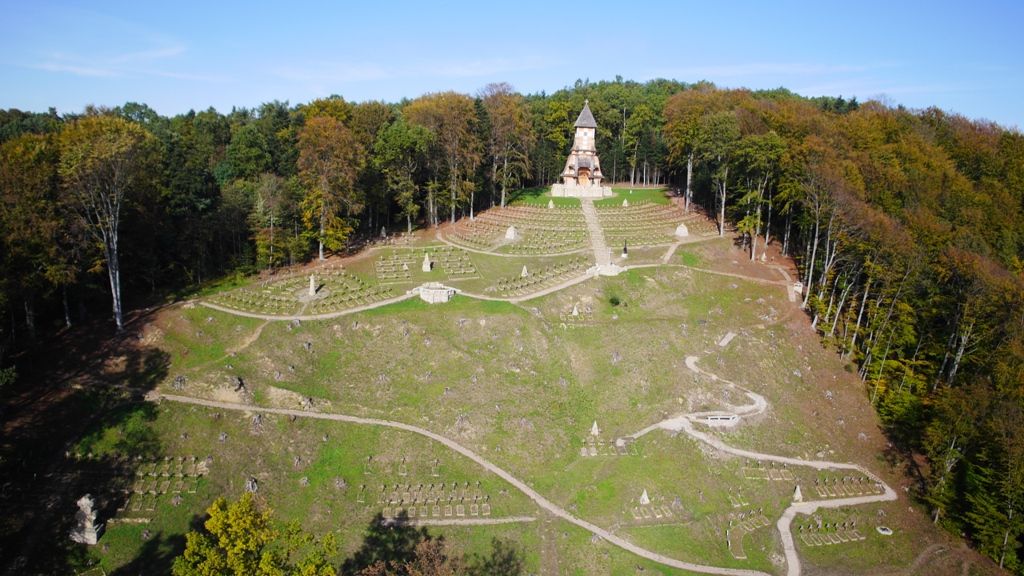 Architects designed all elements with great care – from fences and tomb markings to central elements, like monuments and chapels. Also green area arrangement was planned. As a result of works undertaken by the Branch, 400 war cemeteries were established. They became resting places of more than 70,000 soldiers of the Austro-Hungarian, German, Russian armies and Polish legionaries who either died in battle or due to other causes.

The largest of them is the wartime cemetery no. 123 established near the battlefield on the Pustki Hill in Łużna. It is a work of cemetery architecture of the greatest artistic value, which was designed by two precursors of European Modernism: Jan Szczepkowski from Poland and Dušan Jurkovič from Slovakia. The Łużna Cemetery belongs to the greatest artistic achievements in the careers of both artists.

The site belongs to a small group of cemeteries situated on hill slopes. It is characterised by an irregular composition which makes use of a terrace-like lay of land, with sixteen separate groups of tombs, each with its own stone monument, and two viewing platforms separated by stone balustrades. Jan Szczepkowski designed the cemetery with respect for the surrounding landscape and nature. The entire site is topped by an almost 25-metre tall wooden chapel that towers above the cemetery. It is one of the most interesting designs by Dušan Jurkovič and a typical as well as easily recognisable element of the entire project.

The cemetery is a resting place of more than 1,200 soldiers of different nationalities, including Poles, Austrians, Germans, Hungarians, Czechs, Slovaks, Russians. The cemetery clearly demonstrates the idea of humanitarianism as both the victorious and defeated soldiers are treated in the same way, regardless of their affinity to a specific army, ethnic group or religion. It is a “common resting place” of soldiers who were united in death. A meaningful inscription can be seen on a monument in one of the tombs:

“Separate in life but united in death,
No one knows their names, friends and enemies.
It is no longer important who they were or how important they were.
But one thing remains certain: their fidelity!”

The fire in the wooden chapel, which was the central element of the cemetery, that took place on 29 June 1985 was one of the saddest moments in the history of the cemetery on the Pustki Hill. The passing of time led to the destruction of wooden crosses as well as the stone and wood fence surrounding the cemetery.

In 2012, the Governor of Małopolska Province handed over the cemetery to Łużna Municipality by way of a notarial deed. Thanks to this, the Administrator of Łużna Municipality could apply for EU funds as part of the Małopolska Regional Operational Programme 2007-2013 for the reconstruction of a destroyed structure which once was the central decorating element of the cemetery.

Design works started in the second half of 2013. On 28 June 2014, the foundation stone was laid and the ground-breaking plaque was presented for the construction of the chapel. The formal opening and consecration of the church took place on 18 October 2014. The ceremony saw the attendance of the Administrator of Łużna Municipality, the Małopolska Province Governor, representatives of local government authorities of Małopolska Province, Gorlice District, Ministry of National Defence, representatives of diplomatic posts of Hungary, Austria, Slovakia and Russia as well as other institutions.

Łużna-Pustki War Cemetery No. 123 was the site of official celebrations of the 100th anniversary of the Battle of Gorlice. The Pustki cemetery was also a pilgrimage site of Hungarians who wanted to visit the tombs of their compatriots that died on the front of WWI.

Łużna-Pustki war cemetery no. 123 is a symbol of tragic events of World War I that influenced the history of Europe but also a testimony to humanitarianism which was expressed in the respect for tombs of soldiers killed in action, regardless of their nationality or the army they belonged to.