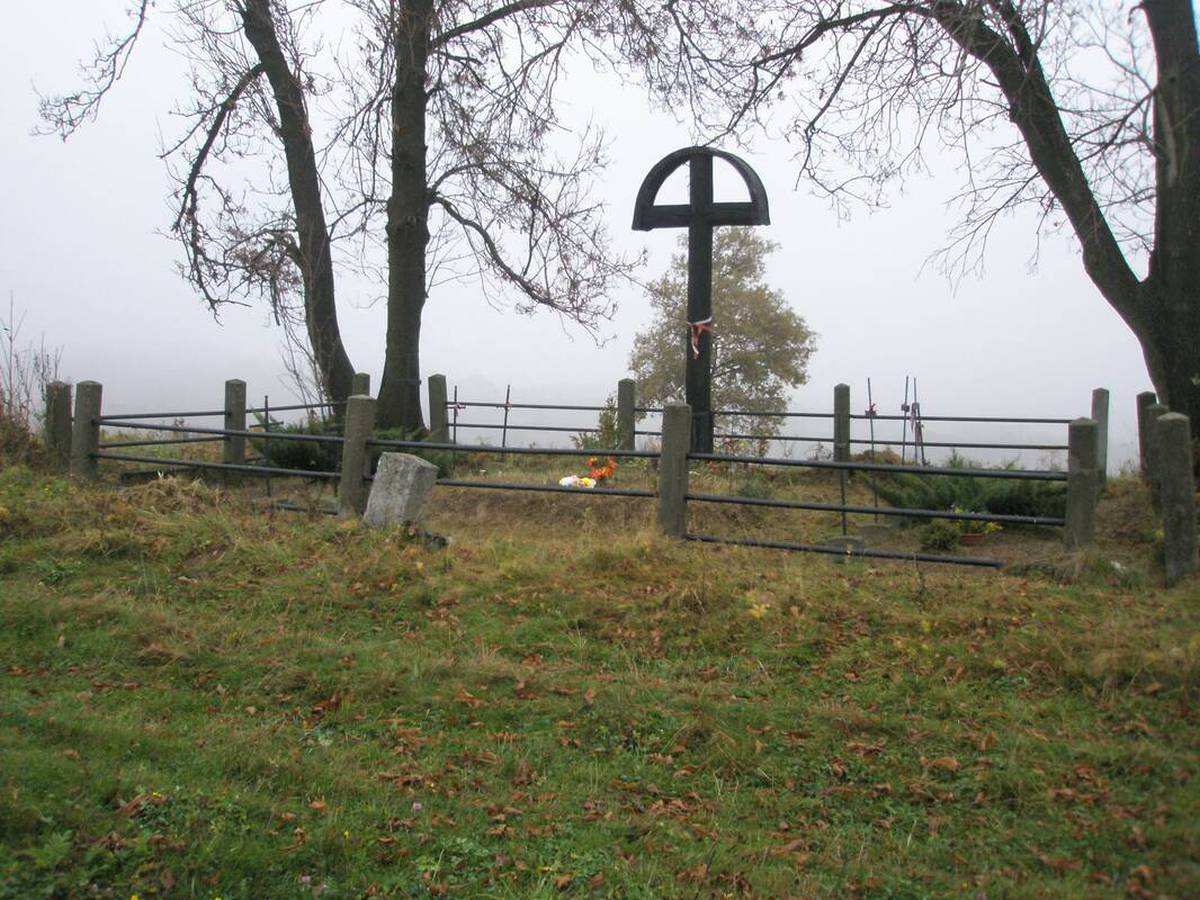 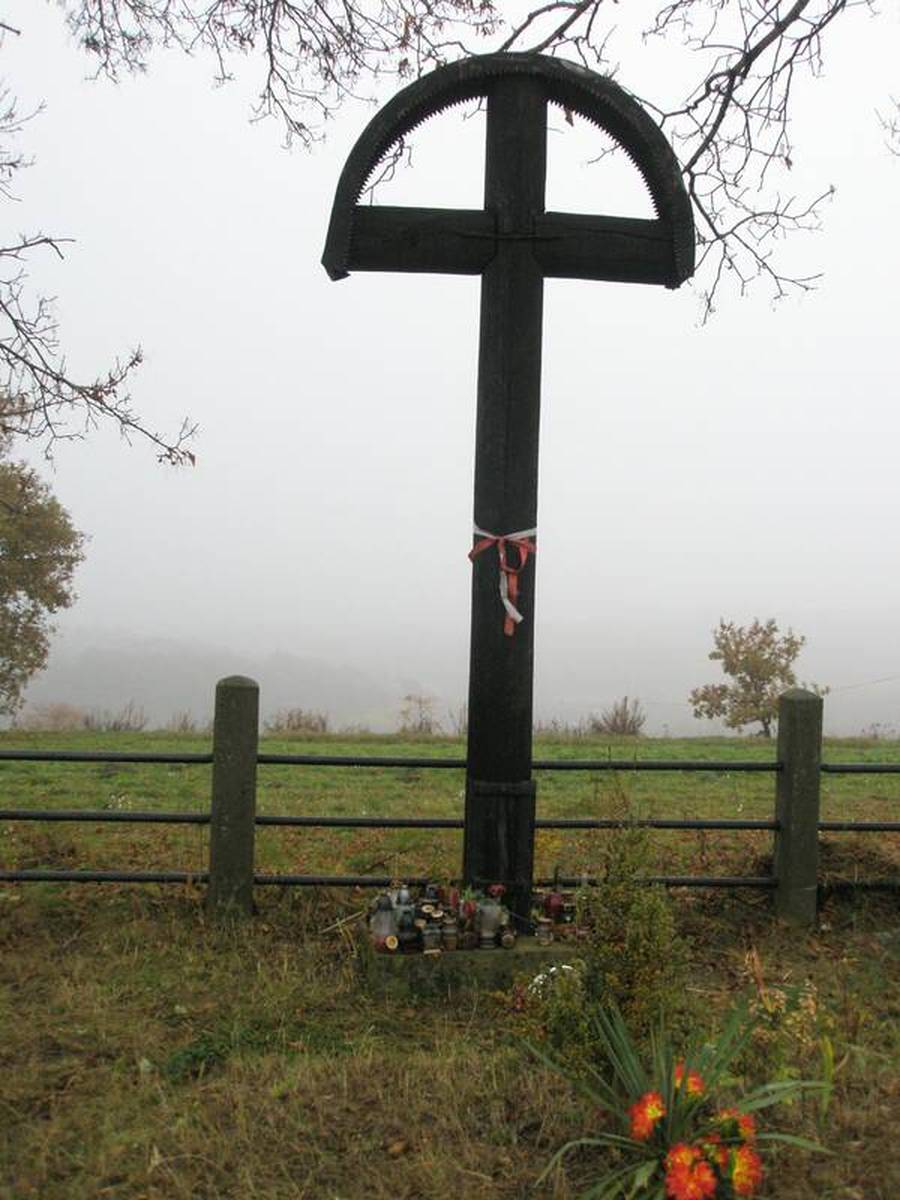 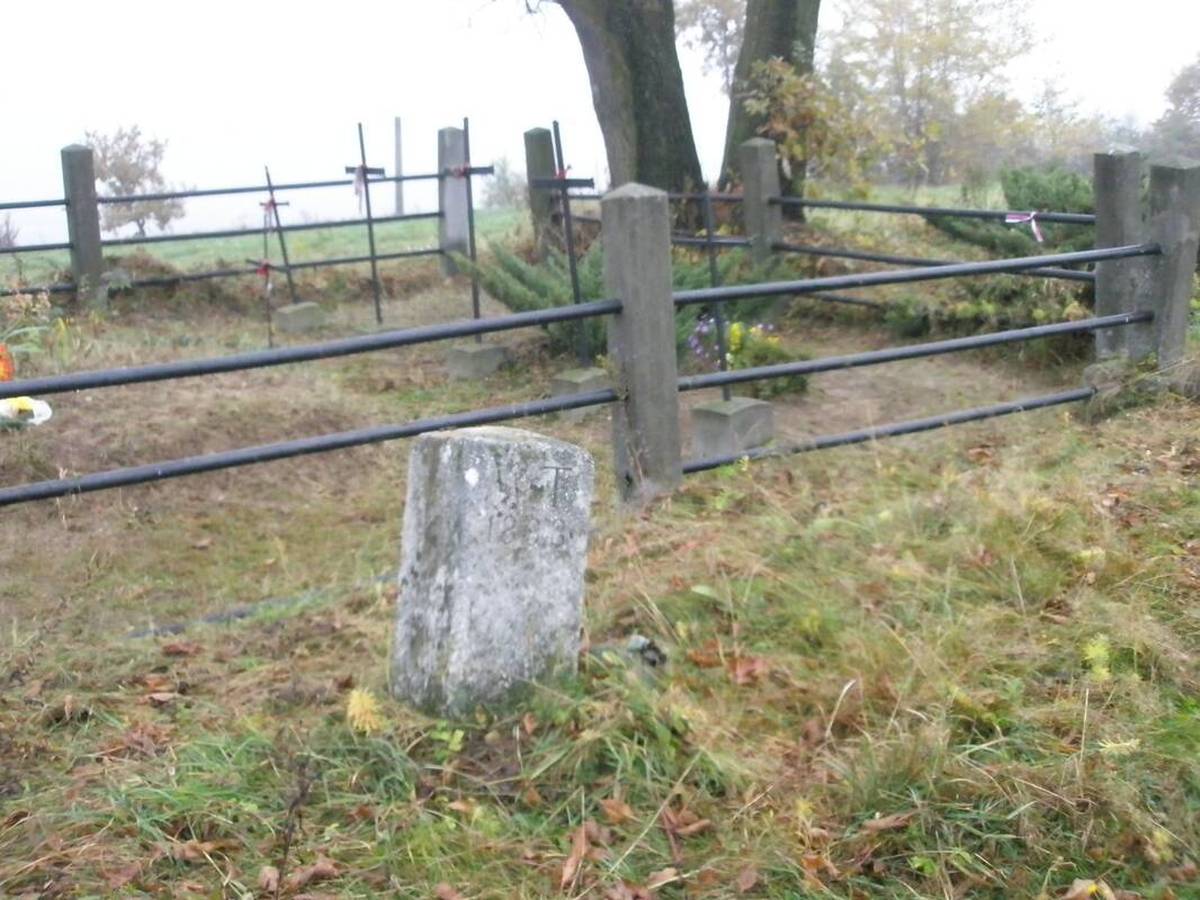 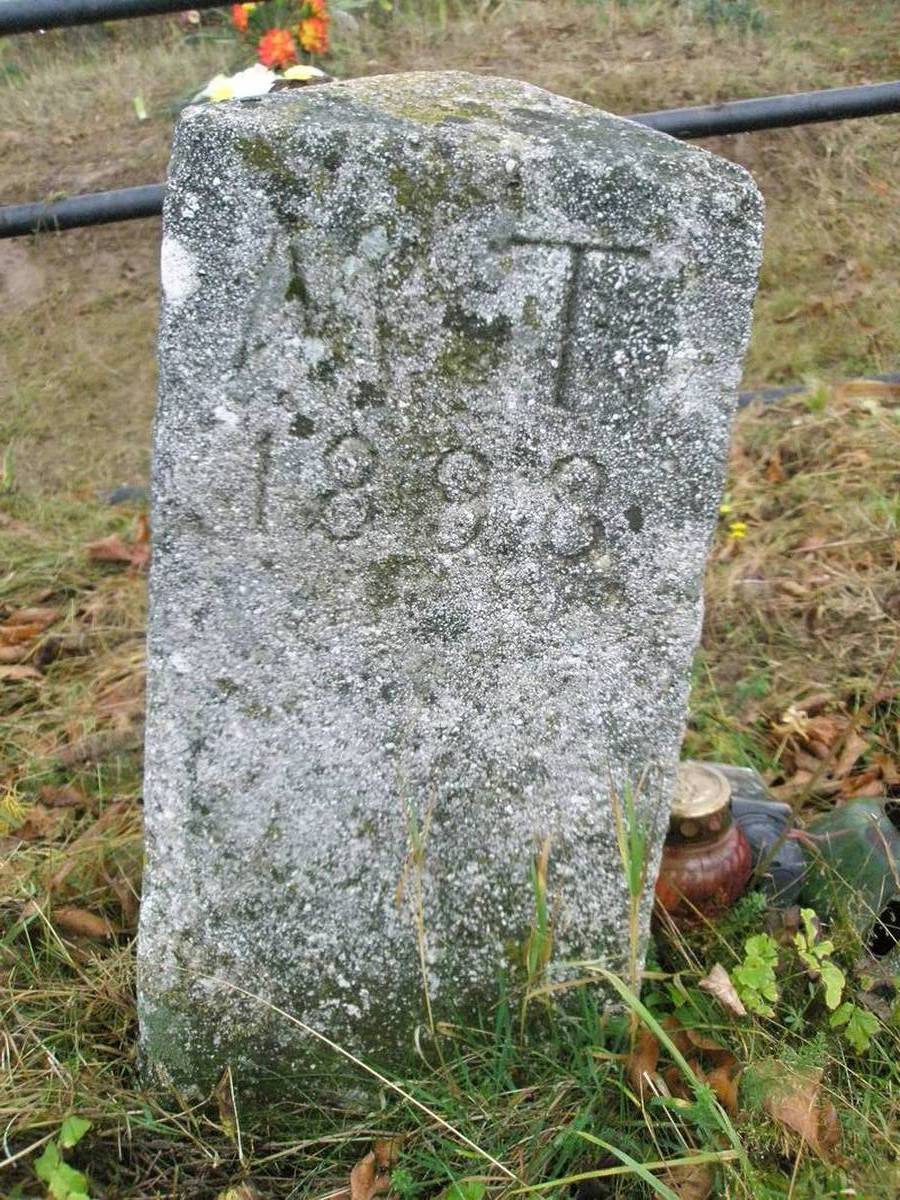 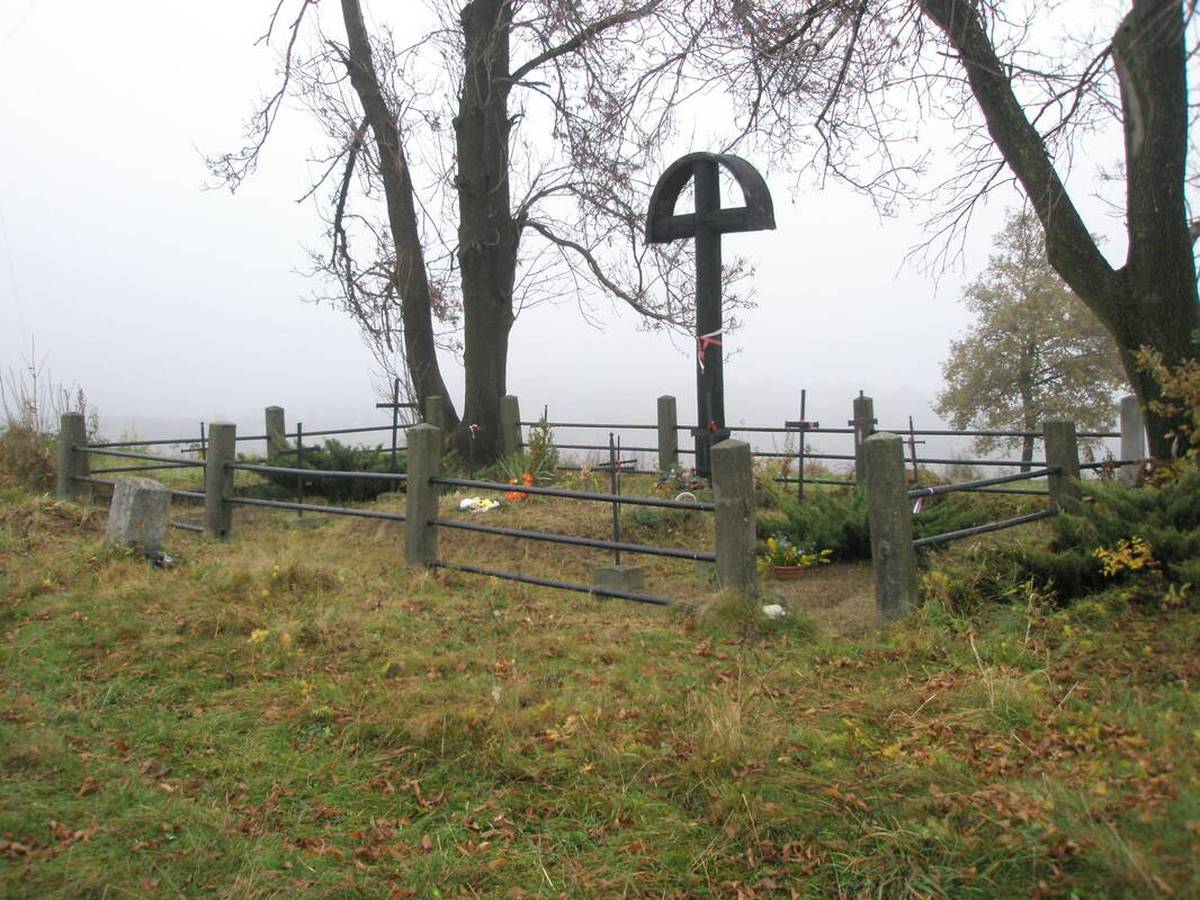 GIERCZYCE - CZYŻYCZKA, HILL 362
GIERCZYCE
BOCHNIA
BOCHEŃSKI
MAŁOPOLSKIE
1201020-002
86
0
The cemetery was built on a rectangular plan and is fenced with simple concrete posts connected by iron pipes. The main architectural element is a high wooden Latin cross with a semi-circular roof covered with sheet metal with serrated edges, set on a concrete base. The graves were in the form of barrows, eight rectangular and one square in shape (the central one); they were marked with crosses set on concrete plinths:

The main element of the cemetery is a monument wooden Latin cross covered with a semi-circular sheet metal roof.